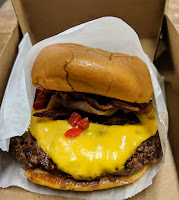 Once we the takeout archive has been successfully generated we can download and unarchive/extract it to our local disks. At that point we should find a new directory called Takeout with the Google+ posts being located at the following directory location: Takeout/Google+ Stream/Posts.

The filenames are generated as part of the takeout archive generation process with the following conventions: the post filenames are structured as a date in YYYYMMDD format followed by a snippet of of the post text or the word "Post" if there is not text. The media filenames seem to be close to the original names of the files when they were uploaded.

Whenever a filename is not unique, an additional count is added like in these examples:

Filenames which contain unicode characters that are not in the base ASCII may not be correctly represented on all platforms and in particular appear corrupted in the .tgz archive. For the cases which I have been able to test, the default .zip encoded archive seems to handle unicode filenames correctly.


Each of the .json post files contains a JSON object with different named sub-objects which can themselves again be objects, lists of objects or elementary types like strings or numbers.

Based on the data which I have been able to analyze from my post archive, the post JSON object contains the following relevant sub-objects:

In particular this list is missing the representation for collections or other post attachments like pools or events, as there are no examples for this among my posts.

An example JSON for a very simple post consisting of a single unformatted text line, an attached photo and a location tag - without any recorded post interactions:

JSON is a simple standard data format that can easily be processed programmatically and many supporting libraries already exist. The Python standard library contains a module to parse JSON files and expose the data as native Python data objects to the code for further inspection and processing.

For example this simple Python program below can be used to determine whether a post has public visibility or not:


Running this as ./public_posts.py ~/Download/Takeout/Google+\ Stream/Posts/*.json would return the list of filenames which contain the publicly visible posts only. By successfully parsing all the .json files in the (i.e. without trowing any errors), we can also convince ourselves that the archive contains data in syntactically valid JSON format.