The Fallacy of distributed = good 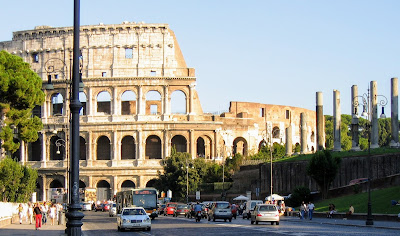 I have recently been looking for an alternative social media platform and started using Diaspora* via the diasporing.ch pod. Not unlike the cryptocurrency community, the proponents of the various platforms in the Fediverse seem to rather uncritically advocate the distributed nature of these platforms as an inherently positive property in particular when it comes to privacy and data protection.

I tend to agree with Yuval Harari who argues in "Sapiens"  that empires or scaled, centralized forms of organization are one of Homo Sapiens' significant cultural accomplishments. A majority of humans through history have lived as part of some sort of empire. Empires can provide prosperity and ensure lasting peace and stability - like the Pax Romana or in my generation, the Pax Americana. We often have a love/hate relationship with empires - even many protesters who are busy burning American flags during the day, secretly hope that their children some day will get into Harvard and have a better life. Libertarians seem to think of a land without much central governance as a place where strong individuals can realize their dreams of freedom and prosperity - like the romanticized frontier world of daytime TV westerns. My cynical self imagines rather a kind of post-apocalyptic Mad Max world, where our school bullies become sadistic local warlords. In European history, the thousand years after the fall of the Roman Empire, which featured highly distributed power structures are called the dark middle ages for good reasons.

In the online world, many of us love to hate the big social media platforms and yet billions of us return there every month. Maybe because this is where our friends, family and everybody else are as well or because they generally offer a smooth and polished service or are good a giving us what we want? When it comes to security, the largest platforms can afford to invest more in security and have impressively competent security and operations teams to protect our data from being compromised. As the Roman legions, they do not always succeed and their failures are highly publicized. But more often than not, they succeed and looking at it dispassionately, our data is probably nowhere as save as with one of the large providers of online or cloud services. Yes, the large platforms are driven by commercial interests, which also makes them  predictable as they have a lot to loose and tend to follow laws with pedantic sophistication.

I fail to see how a distributed architecture alone should inherently improve privacy or data protection. For most of us in the Fediverse, our pod-admins rather than us are de facto in possession and control of our data. De jure, they don't have to worry much about data protection and privacy laws because they are too small to be on the radar of any regulatory agency. Pods can disappear from the network at any time without warning and account migration between pods is generally not trivial, if possible at all (For example, Diaspora* currently allows profile export, but not yet import into another pod).

On the bright side, the Fediverse would allows any of us who are tech-savvy and dedicated enough to run our own pod and become the admins of our own data and lords of our own domain. But in reality, how many of us are really doing this?

For the rest of us, what is left to do is to choose carefully which pod to join. Maybe one that is run by more than one person, a cooperative, club or association? Maybe see whether we could contribute to its operation either financially or through volunteering. And always be nice to our pod-admins, not just because they essentially own our social-media persona, but because they generally do a tedious and thankless labor of love and on top of that most likely also bear the brunt of the financial burden.

While architecturally, operationally and/or organizationally distributed systems maybe interesting and may have some advantages as well as disadvantages, we should not automatically assume that they are better just because they are distributed.