Lessons from the Pandemic: The Bias towards Inaction 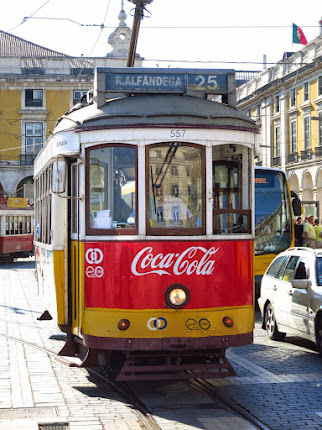 In the context of the climate crisis, I have been wondering why we have so far not been acting more decisively to prevent what could credibly turn into the largest civilisatory catastrophe in recent human history (at least in absolute terms).
The pandemic has provided an opportunity to observe the rapid unfolding of a wide range of collective and government crisis responses, that could help to identify some pattern.
The trolley problem is a famous thought experiment to illustrate an ethical dilemma where the needs of the many might outweigh the needs of the few : a trolley is assumed to be barreling down the track towards a group of people that it would most likely hit while a bystander has the opportunity to move a switch, which will redirect the trolley on another track, where it will likely hit a single other person.
While moral philosophers  have a more nuanced perspective on the moral equivalence of action vs. inaction, of doing vs. allowing,  the laws and norms of most communities, typically give a very simple recommendation: just don't!
If the bystander were to act, they would likely be charged with unauthorised tampering with railroad equipment and involuntary manslaughter at the least. If they don't act, they would likely not be blamed for anything and receive many thoughts and prayers for having to witness such an unfortunate tragedy.
In response to the current pandemic or the climate crisis, we can see a similar hesitation to act from politicians or even public opinion - even if the scientific consensus is solid. "Pay or suffer some more now to avoid paying or suffering even more in the future" does not make a solid plank for a re-election platform.
Most societies and liberal democracies in particular tend to weight negative rights and freedoms higher than positive ones. I.e. the right to be free from interference and infringement vs. the right to receive support. Which means that governments are typically much more hesitant to infringe on one persons freedom to satisfy another's right to something - e.g. restricting one person's right to party in order to protect another persons right to life and health.
In addition, there might be doubt about the certainty and gravity of the outcomes. Sure, the scientific consensus indicates that the people on the trolley track will most certainly (99.7%?) be hurt seriously. But in times of crisis we often find strengths in unjustified optimism or even magical thinking. Many good stories are told of victory snatched from the jaws of defeat at the last instant...
Those who act, can and will be blamed for the consequences of their actions, especially when things turn out badly. And they will possibly get no credit for the harm they might have just prevented - after all it did not happen in the end! And except for some well defined situations, inaction rarely leads to serious blame.
Hence inaction is a rational default behavior, in particular for those who care about public opinion, like for example elected officials. Which means that when faced with an unprecedented crisis which requires unpopular or painful measures, governments have a natural tendency to do too little too late - at least until they believe strongly that these measures will be expected, supported and even demanded by a majority of the electorate.
Creating a mandate for action would require to establish a consensus on tight causality between actions and inactions respectively to the corresponding outcomes in order to attribute credit or blame. Strong mandates to act in order to prevent harm are rare and exist for example in maritime law with the obligation to assist those in distress at sea. Shipwrecks are a pretty well known and routine type of disaster and the current legal framework had as catalyst a particularly famous one: the sinking of the Titanic.
To overcome our natural aversion to change and preference for the status quo, a rule of thumb in the startup community is that any new alternative needs to be 10x more compelling somehow. Which means that in order for communities and political leaders to choose action over inaction, the outcomes need not only be obvious and threatening, but overwhelmingly so.
In the meantime, we will continue to "sit tight and assess"...