Lessons from the Pandemic: Tragedy of the Commons vs. Social Contracts 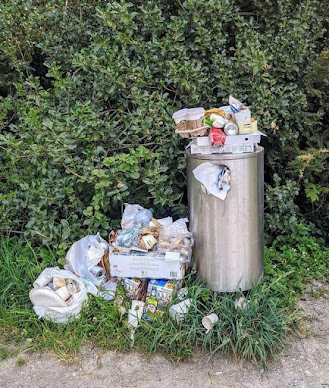 The recent pandemic has provided a lot of insights into how societies and governments around the world respond to the kind of collective crisis, where the potential harm faced by each member of the community does not primarily depend on their direct actions, but also on the actions of anybody around them.

We can hope to draw some lessons from these insights for the the climate crisis, which presents similar challenges but over a much longer time and at global scale.

On the bright side, lessons from the pandemic have shown that eventually most governments and communities have eventually responded quite decisively and to a level that might not have been expected.

One specific episode that happened in Switzerland around June 6th 2020, I found particularly insightful: the question of wearing masks in public transport.

In the days leading up to June 6th, an estimated less than 5% of passengers in public were wearing masks. Despite the government having strongly recommended it and repeatedly appealed to the individual responsibility ("Eigenverantwortung - the favorite word of the Swiss government during the whole pandemic). Polls had shown that around three quarters of the population would be in favour of a mandate to wear masks in public transport. Yet almost nobody was wearing one themselves...

On June 1st the Swiss federal executive issued a statement that wearing masks in public transport shall be mandatory for anybody over the age of 12 starting on Monday June 6th. And suddenly on the morning of June 6th, a vast majority of public transport users (estimated over 95%) started wearing masks and have done so ever since, despite no particular active enforcement of this new rule.

According to expert consensus at the time, the main effect of wearing a simple surgical mask is to hold back droplets in order not to infect others and less so to protect the wearer from being infected. I.e. we are best protected if everybody else around us is wearing a mask.

However wearing a mask comes at some personal cost and inconvenience. Masks cost money - about 10c per piece, they are uncomfortable to wear, fog up glasses and maybe most significantly for western societies, wearing a mask in public carries a social cost of awkwardness and violating cultural norms.

Such a conflict between personal cost and collective benefit - or personal benefit at the expense of the community is illustrated by the popular metaphor of the tragedy of the commons.

This episode is a stark reminder of how ineffective even the most passionate appeals to reason and responsibility are, if self interests conflicts even the tiniest bit (10 cents per mask!) with the common good. Even if the majority of the population believes it would be right thing to do and something should be done.

Yet the simple act of the government changing a strong recommendation to a rule has shifted behaviour massively over night - from less than 5% to more than 95% compliance. All this without without much material difference and enforcement beyond passive-aggressive peer pressure for which the Swiss are so famous for.

I think this is a hopeful example how a collective agreement to cooperate and be reasonable is essential to overcoming to overcoming the tragedy of the commons. As the example shows, a strong symbolic signal of agreement can massively shift behaviour literally overnight.

Some kind of social contract, formally or informally, can help to overcome selfishness in favour of the common common good if we somehow convince ourselves that we are all going to do it and I won't be the only idiot in the end holding the short end of the straw. Such agreement can take many forms - from social norms, government laws, religious doctrine or moral codes - whatever works best for a given community.

However it does not seem to be enough that most of us think it's a good idea and we should all do it, there has to be a moment when a social contract is forged and the "volonté de tous" becomes the "volonté générale"

The lesson from this episode might be that our best chance to solve the climate crisis is that unless self interest becomes become fully aligned with the common good (i.e the "green premium" has to become null or negative) , we need to move from appeals for individual voluntary actions to collective agreements - e.g. binding rules and regulations on a global scale. And that might just be the hardest part of it.