The case for batch-mode electricity 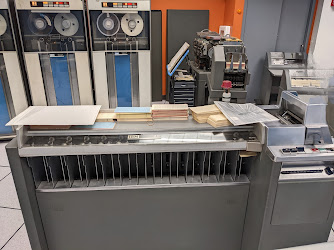 Historically the service provided by electrical utilities has been that of 24/7 instant power, available at the flip of a switch. The keys to providing such a service are power sources which can produce electricity on demand at any time as well as a power grid with plenty of spare capacity for extreme circumstances. In the retail price of electricity, the cost of generation is often a small part (around 5-10 cents) and dwarfed by the cost of the delivery network as well as the cost of over-provisioning in order to ensure a high level of service availability.
The decarbonization of the energy sector is putting pressure on this model from two sides. On one hand, we are replacing fossil fuel power plants which can produce electricity on more or less on demand with wind and solar plants which produce electricity intermittently based on the current availability of wind or sunlight. Wind and solar generators can be combined with sufficient storage into a hybrid power plant which can largely emulate the desired production profile of any traditional power plant - preserving the traditional model of power utilities, at the cost of a lot of additional storage. This paper for example shows that if storage costs per unit of energy (kWh) were to fall by 1-2 orders of magnitude, the current model of power grid operations could be maintained at the same levelized scheduled cost as today, but with 100% renewable sources.
However, this might not be necessary. With the electrification of transport and heating/cooling, the majority of electricity demand will no longer be instantaneous, real-time and inflexible, but rather asynchronous and somewhat flexible in time.
Charging batteries or producing heat requires large amounts of energy to be delivered reliably - however not necessarily right now, but sometime over the next minutes, hours or days. We could rethink and re-design the services provided by the power grid to be more suitable for these more flexible consumers, without any noticeable degradation in the quality of the service seen by the end users. This study estimates that by 2030, the European power grid could save 60Gw in generation capacity if demand flexibility can be used efficiently. This savings potential corresponds about to the average power consumption of France or Germany today.
Many power utilities have some form of  time-of-day or even real-time market base variable tariffs to incentivise users to shift their time-flexible usage away from demand peaks. However a simple open-loop control might not be sufficient to unlock the full potential which demand flexibility could have to optimise matching supply and demand in the power grid (paper).
The answer might instead be two fundamentally different tiers of electricity service - one interactive, real-time and more expensive, where power is always available instantly at the flip of a switch. The other one asynchronous and cheaper, where energy delivery needs to be ordered in advance - to be delivered with some temporal flexibility over minutes, hours or days at the discussion of the network operator, as long as the specifications of the order is respected (e.g. total energy need, time interval, supported range of power levels or interval durations etc.). This kind of forward contracts is similar to how utilities and very large consumers are already reserving their projected electricity needs, anywhere from years in advance to day-ahead.
Such a system would require a new control and signalling protocol architecture to be implemented in all the flexible consumers from electric car chargers, building heating and cooling systems, water heaters, potentially all the way to big household appliances. Reaching widespread agreement on such new technical standards is generally a very time consuming and highly political affair.
As a communication and distributed systems engineer, my heart obviously goes out to a software based "smart grid" approach which uses sophisticated control mechanisms to optimise the usage of scarce resources. But at this point, I would also not want to bet against innovations in battery chemistry and manufacturing processes to reach the point where cheap storage will allow power grids to continue to operate as they have for decades and making all this fancy new control obsolete again.